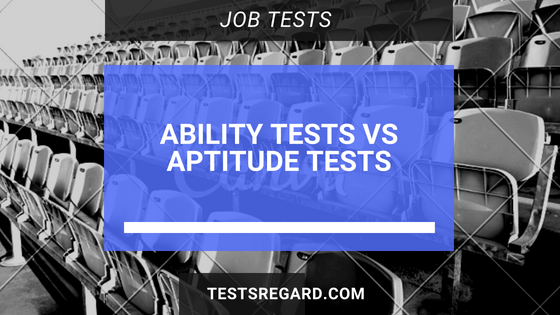 Job seekers/graduates seeking employment in firms or top-notch companies have to prepare for job aptitude tests and/or ability test. It is important to understand that these two aren’t the same thing and their objectives are quite different. Read along, as I’ll be discussing explicitly the differences between aptitude and ability tests.

What Are Aptitude Tests?

‘Aptitude’  has become popular because of the Aptitude tests conducted by companies in their recruitment process.  Aptitude according to the dictionary is defined as an innate, acquired or learned or developed component of a competency to do a certain kind of work at a certain level. An aptitude test is a competency-based testing method in which questions relating to numerical, verbal and logical reasoning tests. Aptitude tests are specifically designed to test a candidate’s ability to perform challenging tasks and react to different work-related situations.

Employers use aptitude tests from different publishers like Talent Q, SHL, Kenexa, Saville to mention but a few during the recruitment process. Each one of these tests follows a standardized method of scoring and administration. with the results quantified and compared with all the other candidates. Candidates are made to take the test online usually after they’ve sent in the initial job application in order to weed out unsuitable candidates from the selection process right away. This helps in streamlining the selection process in an efficient and organized manner.

An example of this kind of test is Dragnet Aptitude Tests. Meanwhile, you might also want to see How To Pass Dragnet Tests.

What Are Ability Tests

Ability Test a profile of their individual general strengths and weaknesses. Ability tests are stand-alone measures of a person’s potential in a specific area (e.g. Verbal, Numerical or Spatial). Typically they are used to assess the ability to learn the skills needed for a new job or to cope with the demands of a training course.

The main types of ability test used in selection are:

An example of this kind of test is Workforce Ability Tests . Meanwhile, you might also want to see How To Pass Workforce Tests.

There is no widely accepted definition of the difference between ability tests and aptitude tests. Many people would be of the opinion that they mean the same thing: aptitude referring to a specific ability, and ability referring to general aptitude. We could say ability is an underlying aptitude, and aptitude as being more job related then ability.

Aptitude test for a job will include the title of the job the candidate is applying for this means that Aptitude tests tend to be related to very specific jobs and have names that include job titles like the Programmers Aptitude Series (SHL). Ability tests, on the other hand, are designed to measure the abilities or mental processes that underlie aptitude and are named after them, eg, spatial ability tests.  An ability test such as the General Ability Test (GAT) is made up of four tests of specific ability – numerical ability; verbal ability; non-verbal ability and spatial ability. You will find with experience that some tests fall into more than one category and that the distinction between the various categories is not always an easy one to define. 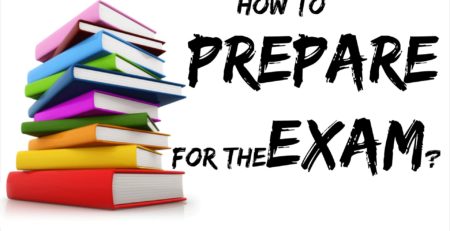 How To Properly Prepare For An Examination

It is not a novel trick that the smart ones are not the ones who read the most, but [...]

Dragnet Vs Workforce Vs GMAT: Similarities and Differences 2019

Dragnet, Workforce, and GMAT are enlistment bodies that conduct aptitude tests and psychometric exams for several organizations looking to [...]

Ikeoha Foundation Scholarship Awards Since not everyone is found capable of making ends meet, Senator Ike Ekweremadu has channeled his [...] 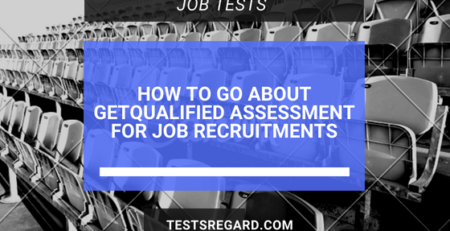 How To Go About GetQualified Assessment For Job Recruitments

Getqualified is now administering a number of job tests for Nigerian companies, a good example is Wema Bank Aptitude Test. [...] 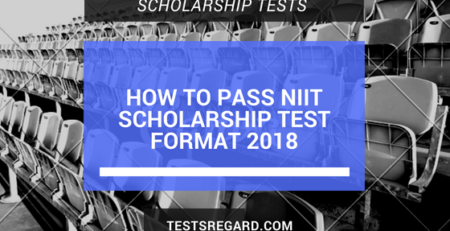 If you are among the many people who applied for NIIT 2018 scholarship, there’s a chance you’ll be invited [...]

About NNPC/Chevron Undergraduate Scholarship Chevron Nigeria Limited, together with its partnering firm, the Nigerian National Petroleum Corporation (NNPC) is awarding [...] 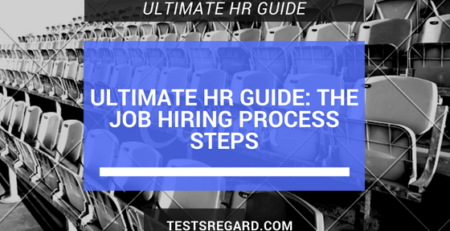 When a company is recruiting new employees, they need to make sure they do it right. The recruitment process [...] 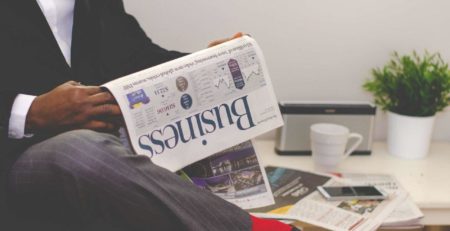 Aspiring professionals from diverse backgrounds all see the banking sector as an ideal place to practice their trade. This [...]

Cambridge International Scholarships: How To Apply, Requirements And Eligibility 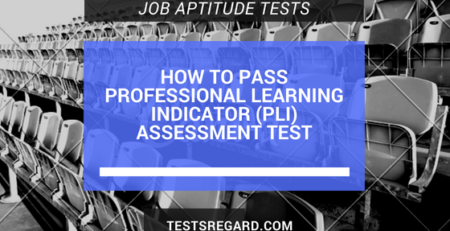 How to pass PLI Assessment Tests is a question every job-seeker looking to work in companies like Nestle, IKEA, [...]